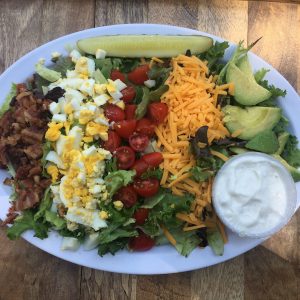 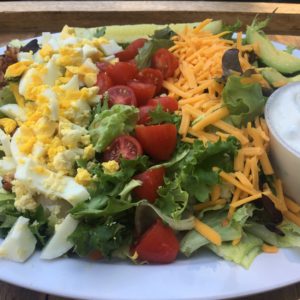 A combination of iceberg lettuce and mixed greens topped with avocado, bacon, cheddar cheese, a boiled egg, cherry tomatoes, a dill pickle and your favorite dressing.

Ever wonder why it’s called the Cobb salad? Here’s the legend behind a Double D favorite. In the 1930’s a restaurant owner in California was in his restaurant’s kitchen late at night. He was prowling around for a snack. Then he opened the fridge and pulled out a little of this and a little of that. Next, he threw it in a bowl with some crisped-up bacon and dressing and viola! A delicious salad was born. The guy’s name was Bob Cobb, and it turned out that his late-night nibbles led to a favorite offering at his restaurant. So, he put his own name on it. Hence, The Cobb tossed salad.

We don’t blame him: it’s a good one! Iceberg and mixed greens are topped with all the tastiest stuff: creamy avocado, crispy bacon, cheddar, egg, cherry tomatoes and your favorite dressing, with a pickle for fun. What would be on a salad with your name on it? 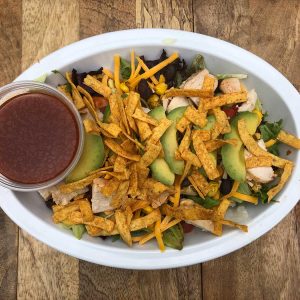 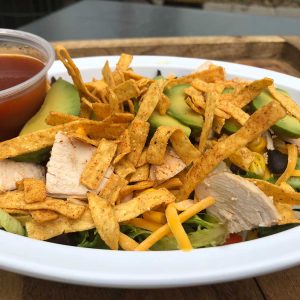 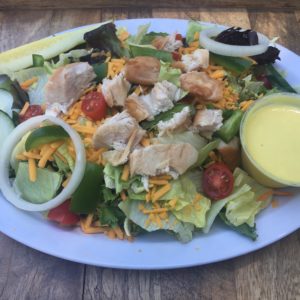 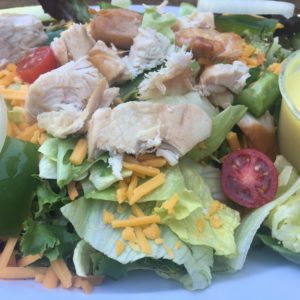 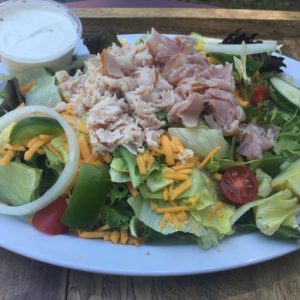 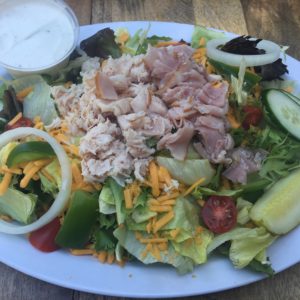 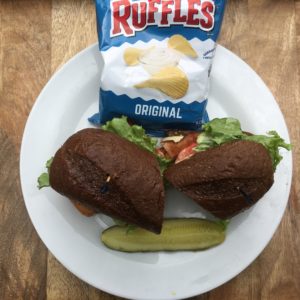 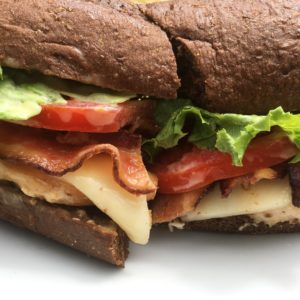 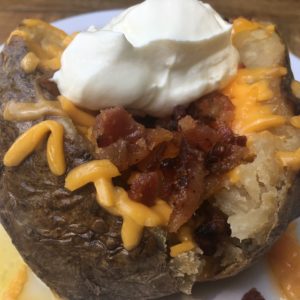 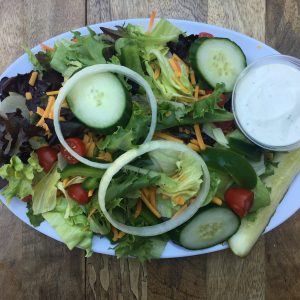 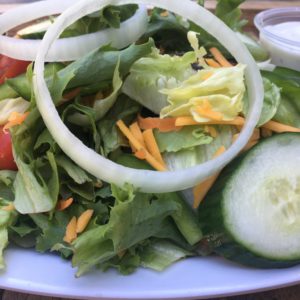 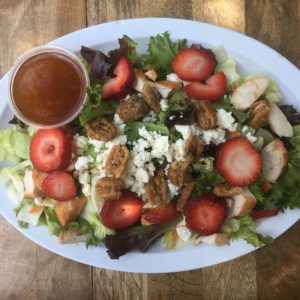 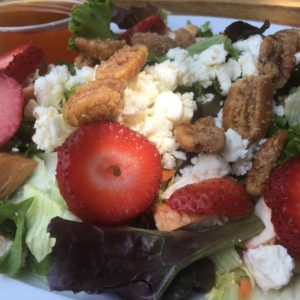 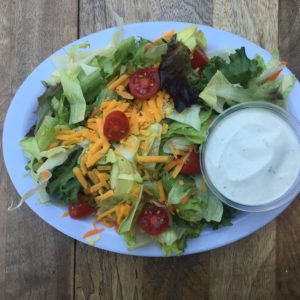 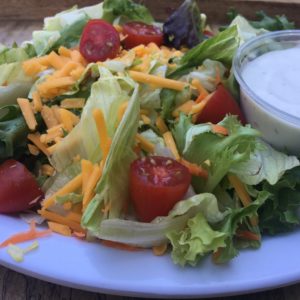