Back in 2017, GoUpstate did a Q&A with Delightful Dishes owners Betsy and Ginger. This interview remix offers a fresh perspective.

As you’ll find here, we aren’t looking to take ourselves too seriously. We did want to share a bit of our back story through a few historical articles such as this 2017 Q&A to establish credibility. In an effort to lighten things up, we decided to rework this GoUpstate interview remix with Betsy & Ginger of Delightful Dishes.

We not only wanted to let everyone know we’re here with this interview remix, but that we’ve kept our sense of humor…

We not only wanted to let everyone know we’re here, but that we’ve kept our sense of humor while quietly spreading throughout the Spartanburg bakery scene for over 20 years, continuing to hold our own. That is to say, we’re very committed and very fortunate. Some will simply chalk it up to luck. However, we learned early on that it takes some grit to create opportunities for “luck” to occur in this business. We love that challenge too!

Now, when it comes to running an independent, busy restaurant please keep the following in mind: Taking the time to raise your kids right while finding inspiration to write content a handful of people will skim while they’re preoccupied can be challenging. That’s not complaining. We’re simply saying we have to dig deep at times for inspiration; and, sometimes being ridiculous is exactly the escape required to start writing.

We’re simply saying we have to dig deep at times for inspiration; and, sometimes being ridiculous is exactly the escape required to start writing.

For such reasons, well, we’ve taken some liberties with the story we reference here and hope you enjoy. You can find the original article of this “interview remix” at the bottom of this post to fact check us. Don’t bother calling us out for crossing over into fiction. One person’s fiction is another chef’s recipe for fun. And it’s our understanding that fun news is not fake news if you read it online or at least on our blog. Relax. Here we go. 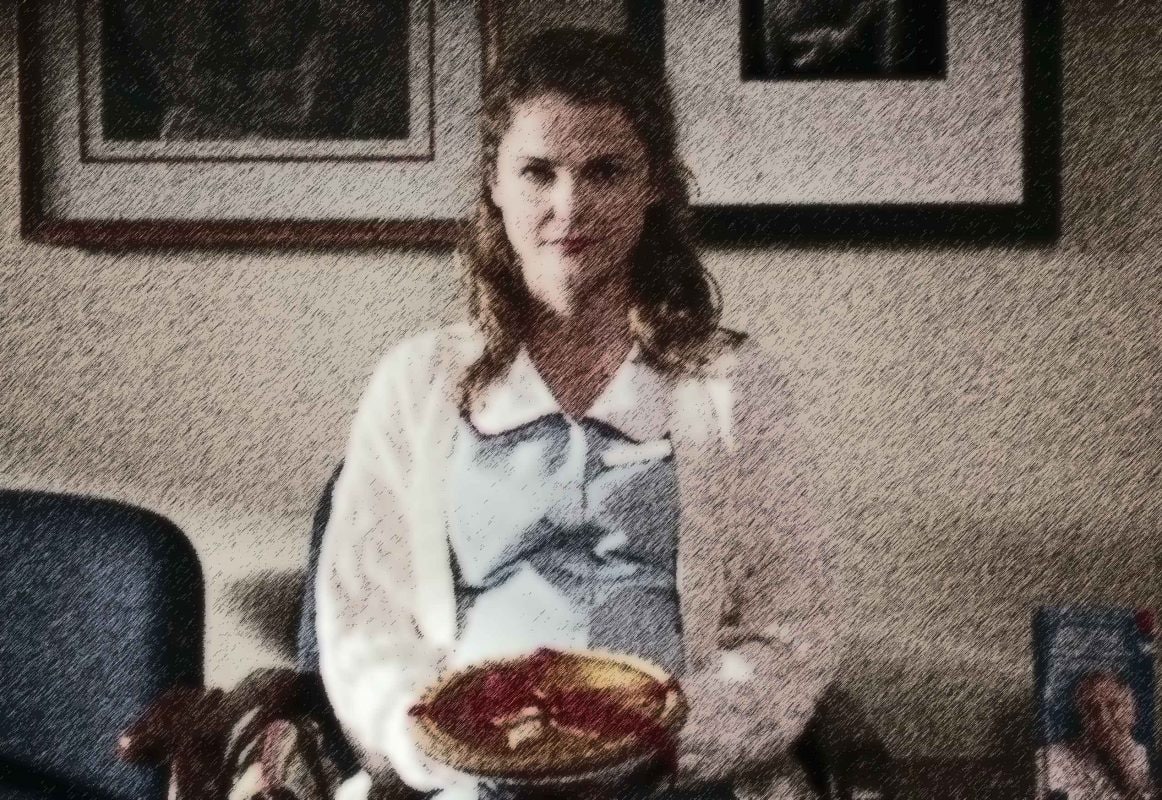 Jenna, dessert genius, from the movie Waitress referenced in article.

What led you to Delightful Dishes, Betsy?

Betsy: “I became a co-owner in 2003 and it was something I always wanted to do.” But here’s where it gets a little fun. I wasn’t sure why it was something I always wanted to do. Then one evening I came across this movie called “The Waitress” that cracked me up. It’s definitely worth a dozen screenings if you haven’t seen it yet or if even if you have. The film is about a waitress, spoiler alert, living in the American South and feeling a bit trapped in her relationship and what not.

Now I’m not saying that’s where I was at. And I don’t want this interview to take a dark turn so keep in mind this film has Andy Griffith in it. You know you’re gonna learn something profound and be happier for it if Andy Griffith is involved, right?

Sure enough, the main character, Jenna, is not only a real trooper, she’s pure sunshine in a small town as she delights locals with her creative dessert surprises named in ways that really make you ponder the state of the arts. By that I mean, you can probably rattle off a few famous chefs, but nothing like the list of musicians and actors you could name. So what about us deli or bakery creatives I thought? 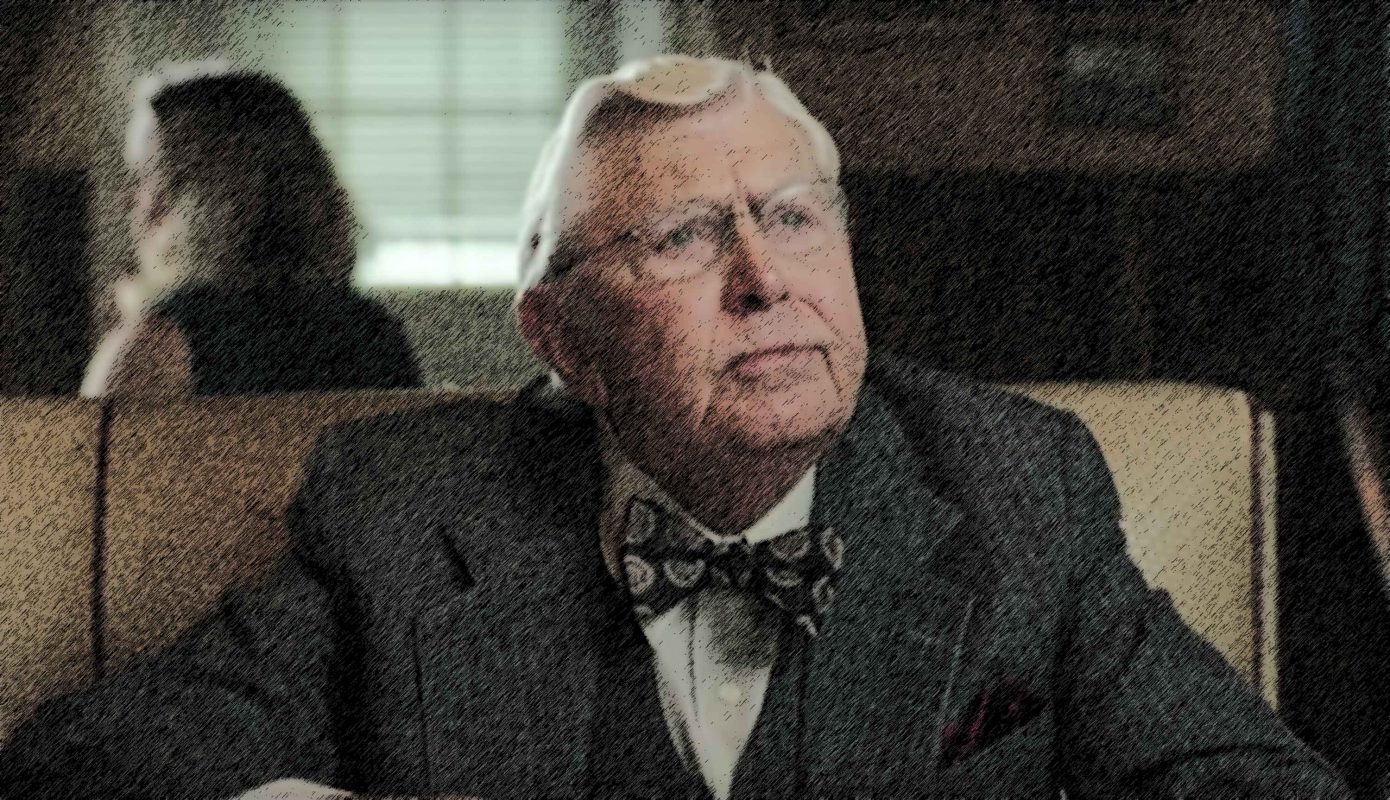 Cooking up original desserts is absolutely no different than a musician singing their heart out or an actress aspiring to inspire on stage, right? The thing is, these days, you can post your own songs and lift people spirits without loads of monetary investment. So why are there still so few people successfully doing so?

I’ll tell you why. It’s because it’s still on you to connect with people. To do that you have to care. You have to give something earned and dear to you and that scares people. But I live for it. I absolutely love to cook custom delights for Inman, our Hub City crowd and anyone else seeking something special off the beaten path.

It’s not unusual for me to look out into the dining area during a busy lunch and feel like we’re putting on our own, inspired show. So… welcome to the show! Nope, there are no tour T-shirts our signature requests, but fame can’t feel any better than gratitude for the people that keep coming back. You just want to thank them all for making it possible to create in your own medium… to be an artist for a living.

Was that too much? Feel free to edit that way down and make me sound much cooler before going to press. That’s your art after all, Daniel. I’ll post a link to the movie trailer below as well.

What about you, Ginger?

Ginger: Wow, that’s one heck of an answer. I won’t be able to top that, so let me just say bravo! Well said, Betsy.

My path sounds much less passionate but equally driven I think. I was young and had just finished up my psychology degree, pondering how best to brilliantly apply it. The rest can probably be chalked up to serendipity when I was offered a partnership role at Delightful Dishes. I’d worked at The Dish in high school and I guess I romanticized the thought of creative cooking for starters.

As for my “unrelated” degree, I’d always been a fan of literature given it’s a form of psychology articulated through theoretical fiction when well executed. Yup, that was a mouthful, but humor me for a moment at least. For example, I sincerely doubt anyone would question the psychological merit of Dostoyevsky’s The Dream of a Ridiculous Man, right? Furthermore, if there’s one theme threaded through much of literature it’s that some of the most striking insights are shared over dinner discourse. Food just brings all the best things together so good things can happen. 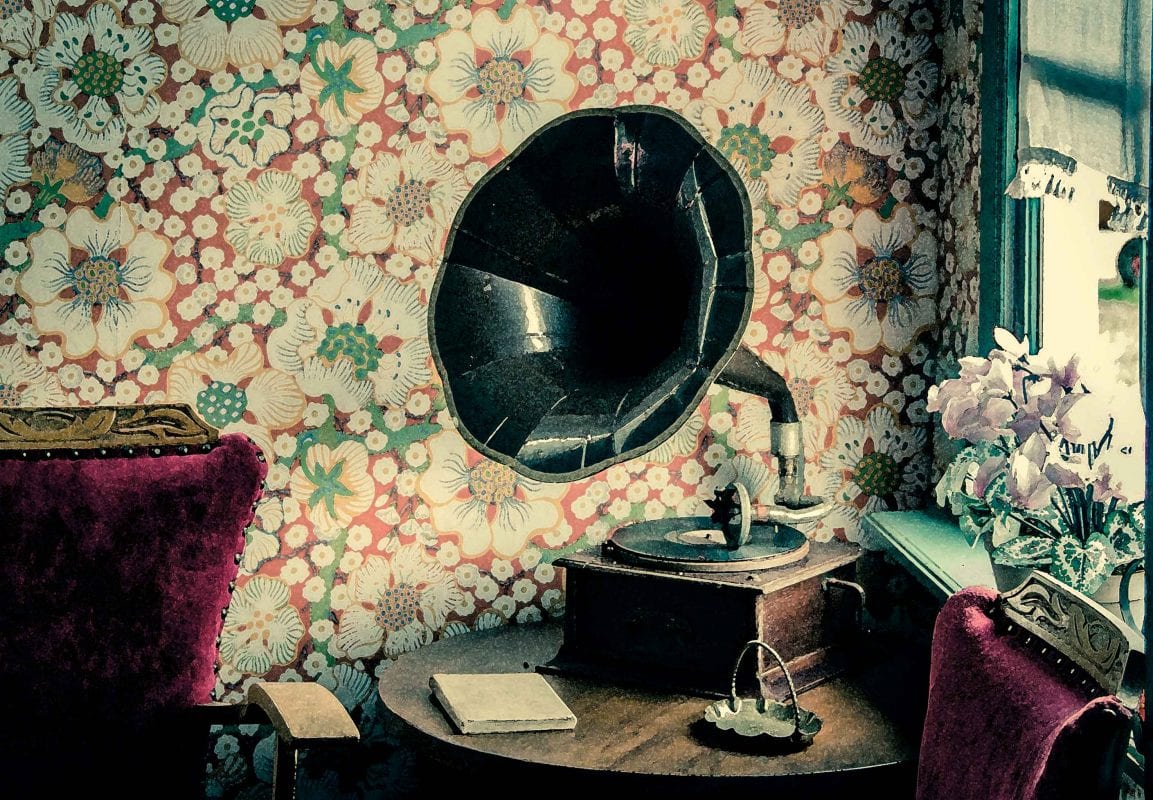 Don’t worry, we’re still spinning plates here, but a bit more old school with the gramophone for a moment.

The point is that I’d learned a lot about amazing people while working at Delightful Dishes in the 90s. When the opportunity arose in 1997 to become an owner, the idea of being surrounded by peers engaged in various debates over lunch seemed like a fast track to earning a real-world PHD in my opinion.

I’m not saying I’d planned on writing a dissertation based on overheard conversations at our local cafe.

I’m not saying I’d planned on writing a dissertation based on overheard conversations at our local cafe. What I’m simply saying is that it’s frequently filled with teachers, nurses, lawyers, and hard working folks full of insights related to just about any profession you can think of. Then there’s the retired patrons that get together regularly to re-hash the past over lunch in the most animated manner. I often catch myself joining the chorus of laughter even though I have no idea what they’re laughing about.

Don’t get me wrong. It’s not all cupcakes and cream pie; but to quote a phrase, “If ya can’t stand the heat, get out of the kitchen!”, right?

Also, and this is totally off the record, I can’t imagine that having become a psychologist would’ve exposed me to the optimism and diversity of human nature in the ways I’ve been blessed to have witnessed in our corner of Inman. In short, my experiences have made me a much more understanding person, looking for ways to lift spirits and share gratitude. Don’t get me wrong. It’s not all cupcakes and cream pie; but to quote a phrase, “If ya can’t stand the heat, get out of the kitchen!”, right? 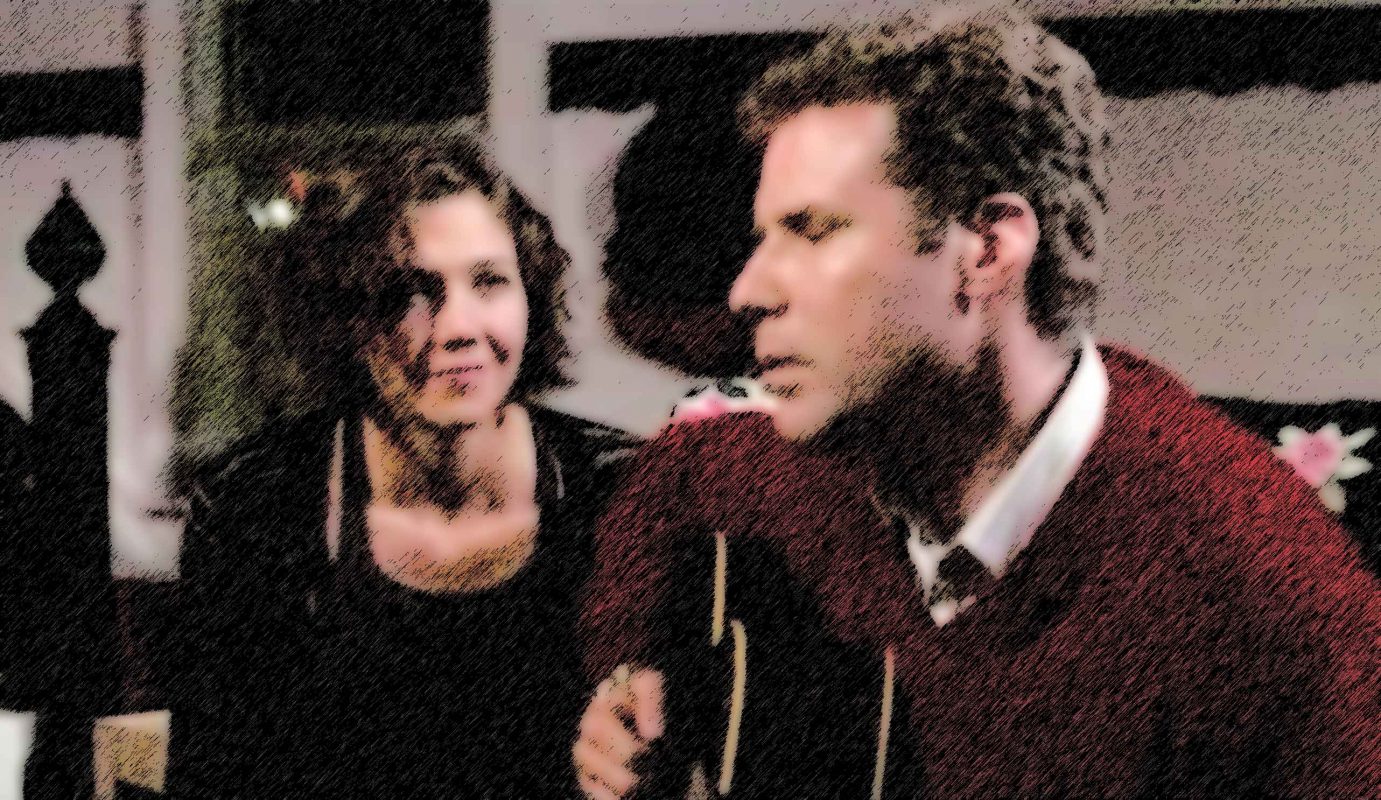 Here’s the thing, you don’t have to be a bona fide doctor to diagnose the obvious issue that we often forget: It’s just not all about us. We’ve all gotten caught up in overthinking our drama. That’s exactly when it’s time to step back and serve up a couple of Betsy’s cupcake creations. It’s pretty easy to get out of that loop in your head when you’re pondering how best to bite into a double chocolate cupcake. Getting lost in something simple and sweet is a great way to reset your perspectives, maybe see the brighter side. Sure, moderation is important, but that’s a given for anything therapeutic.

Here’s the thing, you don’t have to have to be a bona fide doctor to diagnose the obvious issue that we often forget: It’s just not all about us.

Oh, since Betsy mentioned a movie that inspired her, let me throw one out there too. With all this psycho-babble I’ve been alluding to, one film in particular comes to mind. “Stanger Than Fiction” is a movie that pairs a fantastic female deli owner and a tax collector. It’s also a must see in my opinion. Sit back and witness a great example of all life’s moving parts coming down to one completely over-examined moment.

How’s business and what does the future hold?

Ginger: Well, we’ve got a lot coming up in the next few quarters, but we can’t really get into it without a signed NDA. Betsy, I don’t believe Daniel has signed an NDA, correct?

Betsy: No, and it’s nothing personal. I mean we trust that what was said off the record will remain off the record. We just don’t want to end up getting trolled by good intentioned fans speculating on the next move the Delightful Dishes empire will make. [Insert laugh track.]

Why do I feel like you’d be responding to these questions with Giphys or emojis if you weren’t actually having to speak? Is this for real?

Betsy & Ginger: It’s going to be fine Daniel J. Gross. If anyone actually made it this far, they’ll probably click on the perfectly respectable Q&A article you wrote in 2017 which we sincerely did appreciate. We just wanted to add a little levity to our legacy. It’ll be fine. What could go wrong?

It’ll be fine. What could go wrong?

NOTE: If you enjoyed this “interview remix” article, sign up for our Dish Newsletter to keep up with Delightful Dishes’ latest posts, events, specials and more. Thank you!

The article referenced in this post for our “interview remix version” was written and posted on GoUpstate.com May 22, 2017. To read the referenced article written by Daniel J. Gross in its entirety, Click here.